A Place for Willing Hearts

WORDS Ong Cheow Eng PHOTOS Contributed by SingHealth
An emergency incident at home inspired Brendan Chew to embark on a fulfilling career in nursing. He shares his passion for his chosen profession.

Brendan Chew is a Senior Staff Nurse at the A&E Department of Changi General Hospital. He is a recipient of the SingHealth Nursing Degree Scholarship and holds a Bachelor of Science in Nursing from NUS as well as an Advanced Diploma in Emergency Nursing from Nanyang Polytechnic (NYP).

One of the worst feelings that a person can experience is helplessness, and especially so, if it is a matter of life and death.

Brendan Chew, Senior Staff Nurse at Changi General Hospital (CGH), recalled an episode when his maternal grandmother lost consciousness and her pulse went flat. His aunt, who is a trained nurse, was on hand to perform cardiopulmonary resuscitation (CPR) in a bid to jumpstart his grandmother's heart.

"Unfortunately, my grandmother passed on in the wee hours of the morning," recalled Brendan, with a heavy heart. "The incident, however, left a deep impression on how medical skills come in useful in saving people during emergency situations."

And with that, Brendan went on to explore a career in healthcare, specialising in nursing in homage to his aunt.

It certainly wasn't easy at the start for Brendan, not because of the perceived stigma around male nurses, but because he had to overcome his family's scepticism. They thought that he would pull out from the Nursing course at NUS or have a change of heart mid-way through. On top of that, nursing is a challenging study in and of itself, requiring commitment and dedication as well as a passion to provide care to patients.

Needless to say, Brendan proved them wrong. His drive and dedication never wavered.

"I think having an aunt who was a practising nurse then and a bunch of good course mates-turned-friends as well as supportive lecturers helped me to persist through the course," said Brendan, who has been a registered nurse for more than eight years at the time of writing this article.

It was also during his time studying at NUS when he discovered the Singapore Health Services (SingHealth) Nursing Degree Scholarship. With the scholarship under his belt and learned lecturers providing well-rounded lessons, NUS was a fulfilling time for Brendan. More than that, it put him in good stead for his eventual deployment at CGH, one of the healthcare institutions under the SingHealth.

"Clinical skills and knowledge aside, the lecturers emphasised evidence-based practice and inter-professional collaboration - all of which are still being applied in my day-to-day practice," he explained.

"While being a nurse sounds challenging, it can provide you with an immensely fulfilling journey. The key for me, I believe, is to have a willing heart to put patients first and an earnest attitude." Brendan Chew

Brendan has been with the A&E department at CGH ever since he was first assigned there as a nurse. He said that the place is almost like what we typically see in dramas and movies - controlled chaos and situations with very little margin for error.

"I assess A&E patients based on their vital signs, so that care can be prioritised according to the severity of their medical conditions. As part of the emergency care team, I am also involved in resuscitating critically ill patients, such as those with strokes or heart attacks," said Brendan, providing an overview of his job.

"Sometimes, I assist in emergency procedures such as inserting a chest tube to re-expand collapsed lungs; sedating patients safely for procedures; applying plaster casts to broken bones as well as attending to patients who require close observation."

Brendan added that no two days are the same at A&E, which suits those, like him, who prefer the non-mundane.

"I thrive on the fast pace of work at the A&E which tends to be non-routine as well. I hope to also utilise my skills for humanitarian aid and medical missions in the future given that emergency care skills are a necessity anywhere in the world."

A Fulfilling Career Supported by SingHealth

Beyond emergency nursing, Brendan also mentors his juniors and staff, getting them up to speed on processes and nurturing them to be future-ready healthcare professionals. For this, he has to put on his management hat and inspire his charges to deliver quality healthcare to patients.

On his fulfilling career so far, he credited SingHealth for providing immense support and guidance on how to advance his profession. For one, he is appreciative of SingHealth's support for his decision to pursue an Advanced Diploma in Emergency Nursing, so that he is even better equipped for his role. Brendan is also grateful for the rotation opportunities that expanded his proverbial horizons.

From 2019 to 2021, Brendan was seconded to the Hospital Services Division (HSD) at the Ministry of Health (MOH), where he was part of the team that oversaw the development and training of the pre-hospital emergency care team including ambulance paramedics.

On his secondment, he said: "During the pandemic, we work closely with the public healthcare institutions before implementing any change in workflow processes in clinical settings. Having been involved in the policy discussions and as an A&E nurse, I can now better appreciate the thinking process and intentions in policy-making while balancing the needs on the ground."

Brendan's passion for nursing is palpable, and he encourages those with similar feelings to consider a career in nursing. He described nursing as a multi-faceted role, and further elaborated that nurses in SingHealth are given opportunities to develop professionally and academically. There are also management and clinical pathways, as well as specialisations that will cater to virtually every nurses' interest and disposition.

Evident from Brendan's extensive resume, nursing can indeed be rewarding in more ways than one.

"While being a nurse sounds challenging, it can provide you with an immensely fulfilling journey," he asserted. "The key for me, I believe, is to have a willing heart to put patients first and an earnest attitude." 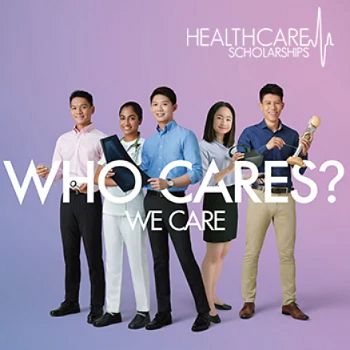