WORDS Ong Cheow Eng PHOTOS Contributed by MINDEF
Military Expert (ME) 6 Vincent Chan uses his extensive knowledge and experience gained from his fulfilling career with the Republic of Singapore Navy to lead the men and women from the Force Generation Squadron.

Singapore is a maritime nation and relies on the surrounding sea lines for sustenance and trade. Strong and capable, the Republic of Singapore Navy (RSN) plays a pivotal role in ensuring the continuity of the Singapore's economic prosperity by keeping the sea lines safe and secure.

To do this, the RSN has built up an impressive fleet of vessels that can perform a variety of maritime operations. Collectively, they guard against sea robberies, piracy, terrorism and unwanted incursions.

To be 24/7 ready for any operation, the RSN's warships have to be in tip-top condition. This is where the Force Generation Squadron FGS) comes in: to keep the systems on board the warships operationally ready. The dedicated personnel of FSG maintain and upgrade the marine, electrical, network and combat systems, as well as sensors and engines of a wide fleet of various warships.

Overseeing this important endeavour is Military Expert 6 (ME6) Vincent Chan, Commanding Officer of FGS, Naval Logistics Command. The opportunity of being out on the open seas and working with state-of-the-art equipment drew him to pick a career with the RSN, and he has not looked back since.

ME6 Chan's interest in joining the RSN was piqued during his Basic Military Training and Officer Cadet School training. Amidst the rigorous training, he discovered the role of the Naval Warfare System Engineer via the RSN's recruitment outreach programmes.

"I was attracted to the Naval Warfare System Engineer career which offers a more unique ‘office' compared to an indoor deskbound job," he explained. "I was also excited about working with customised naval systems and cutting-edge technology on our warships."

With his interest and passion in an engineering career with the navy, it came as no surprise that he was offered the SAF Merit Scholarship (Engineering) in 2000. ME6 Chan pursued a Bachelor of Engineering in Electronics and Electrical Engineering at University College London, followed by a Master of Science in Communications and Signal Processing at Imperial College London.

He is grateful for the support provided by RSN, and the opportunity to gain new perspectives overseas.

"On the personal development front, it was a life-changing journey of self-discovery. The foreign environment forced me to evaluate my strengths and weaknesses, and develop ways for self-improvement. Academically, it opened up opportunities to deepen my interest in engineering," elaborated ME6 Chan.

Working and interacting with people from different backgrounds during his studies have also put him in good stead after returning to Singapore. He explained that the RSN works closely with other navies and international defence equipment manufacturers, and his overseas experience allows him to be more sensitive to the cultural nuances and practices.

ME6 Chan has been deployed in a variety of roles within the RSN after he returned to service upon graduation. Currently, as the Commanding Officer of FGS, he oversees his unit and ensures that they keep the RSN fleet sailing by providing logistical and systems maintenance.

"I provide oversight on everything concerning my three subordinate units - from HR and training to operation planning to longer-term strategies such as developing new maintenance capabilities for future platforms like the new Type 218SG submarines," explained ME6 Chan.

The FGS plays a vital role in ensuring that ships, submarines and maritime civil resources are always available and operationally ready. The squadron oversees the planned maintenance programme for RSN ships and submarines, including overhauls and refits as part of depot-level maintenance.

In his previous appointment, ME6 Chan demonstrated his expertise and leadership skills by helping his unit win a coveted "Best Unit" award.

"Winning the SAF Best Naval Engineering and Logistics Unit Award during my unit command tour at Systems Readiness Engineering Centre (Weapons) was one of my proudest moments in the RSN. The award was presented at the SAF50 Parade, which made it even more memorable," he beamed.

"I was attracted to the Naval Warfare System Engineer career which offers a unique ‘office' compared to an indoor deskbound job. I was also excited about working on customised naval systems and cutting edge technologies on our warships." ME6 Chan

A Sea of Opportunities

Looking back at his career, ME6 Chan emphasised that the RSN offers plenty of opportunities for training and development.

"Besides having a direct Reporting Officer to guide officers in their performance, they also have mentors to guide them in their personal and career development. Beyond the undergraduate scholarships, there are several continuous education opportunities for officers to pursue full-time or part-time post-graduate studies in areas that are related to their professions. There is no shortage of opportunities for training and skill upgrades," explained ME6 Chan.

Another big motivation for him is the camaraderie and family spirit within the RSN.

"Sometimes, it also means going out of our way to support challenges in other parts of the organisation, just like how we would do it for our own families."

ME6 Chan encourages those who are looking to contribute to Singapore's maritime security, and have the tenacity to take on ever-changing challenges, to join him at the RSN.

"Maritime threats and technological domains are constantly evolving. What we do is often the first of its kind, so it takes grit to see through our tasks and overcome challenges that may require you to push boundaries." 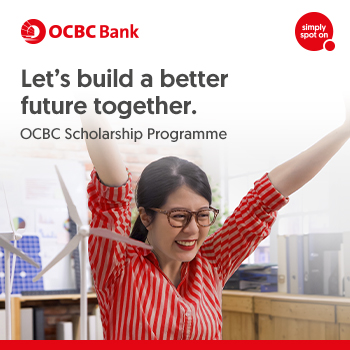